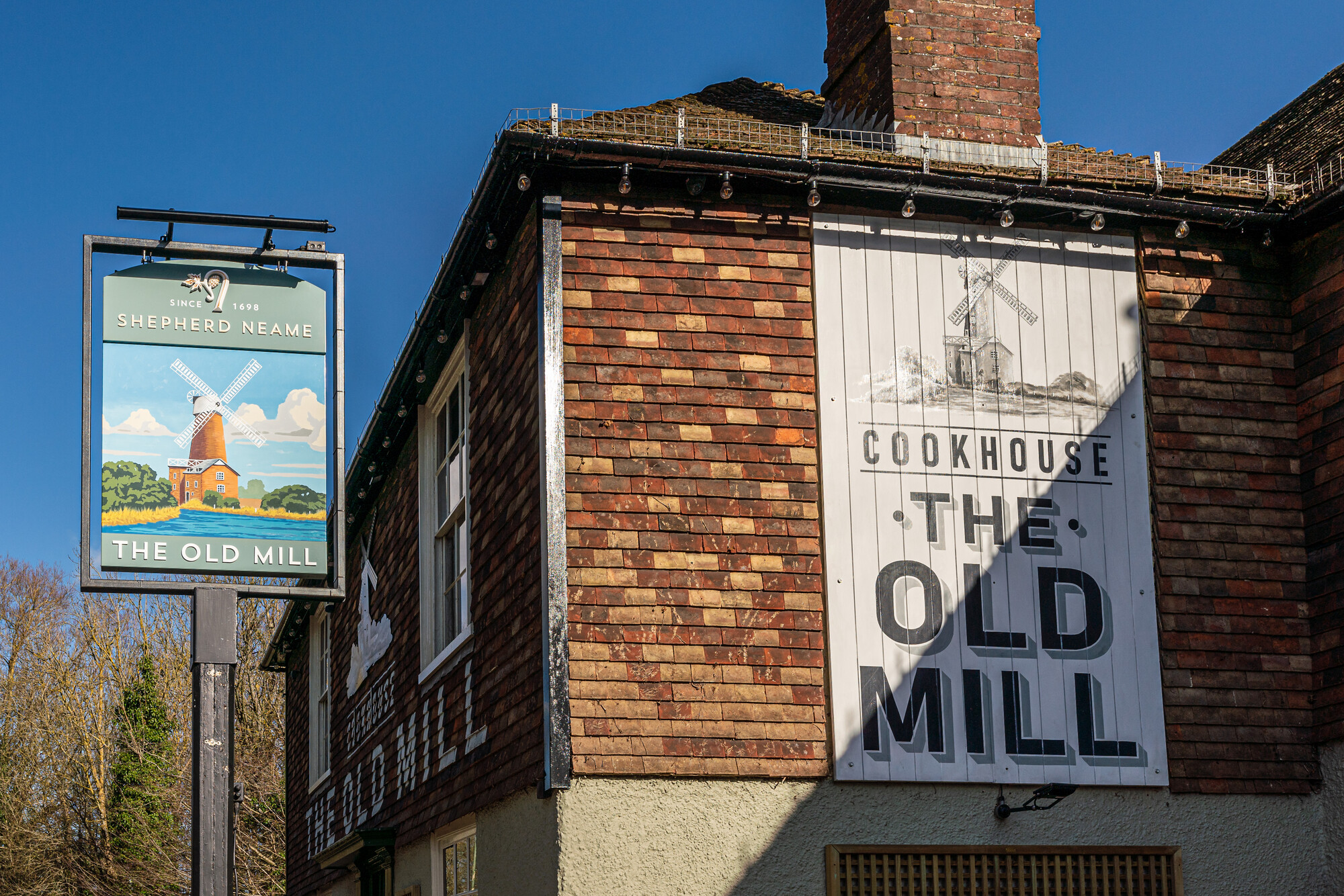 History of The Old Mill

Thinking about a gift

Buy a loved one a voucher

Dating back to the early 19th century

The Old Mill is a Grade II listed building which dates back to the early 19th century and once boasted its own Goal Running club. This was a sport peculiar to East Kent and the Weald, which became popular in the late 19th and early 20th centuries.  It was essentially an organised version of the game ‘tag’.

At this time there was still an annual influx of hop pickers from the East End of London, with whom the Old Mill was very popular.

The pub takes its name from the nearby Kennington Mill, little of which now remains, having previously been known as the Golden Ball.